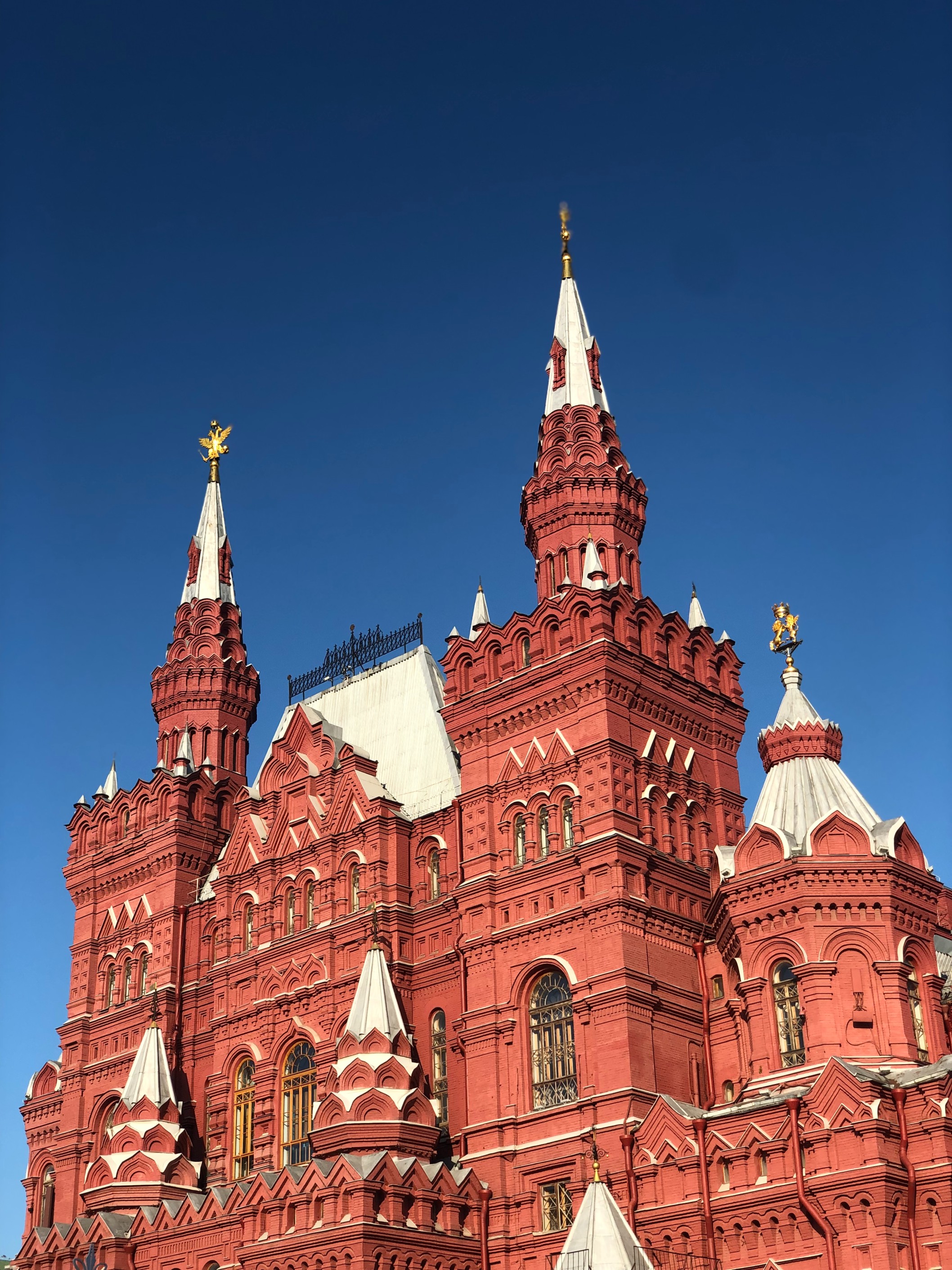 Russia was a country that I’d always wanted to visit, but the plan never materialized because I had too many other countries that I wanted to visit  first. However, in August 2019, my grandfather told me that he had plans of visiting the Federation and I decided to take this opportunity to travel to Russia.

After a few chaotic days of planning and packing, we began our journey. We flew from Bengaluru and we landed in Sochi, Russia after 12 hours. At first glance, it was a well-developed city with expanses of untouched land. The city was the Summer Capital of choice for the Czars.

The part of the journey I was most excited about was the true capital, Moscow!

We arrived in Moscow by late afternoon, and by the time we got to our hotel, the sun had already set. I didn’t want to sit in and just laze around. After all, I was in one of the most extravagant cities in the world. So, I stepped out for a stroll by myself to find a nice place for dinner and just take in the city at my pace.

“I was on a 10 lane main road surrounded by buildings touching the sky.” It was the unusual height of the buildings that fascinated me, and I couldn't help but to stop and take pictures.

A few kilometers later, I walked into an American burger joint and placed my order. A lone tourist stood behind me and he was having trouble communicating with the waiter. So, I offered to mediate, and asked him if we could have the meal together. He obliged and we exchanged details about ourselves. He then told me that he was an ardent Bollywood fan and spoke about a Hollywood movie that had been shot down South, and about how it was his all-time favourite movie. The plot twist though was that my best friend had played the lead role in the same movie, and I decided to introduce them to each other. He couldn’t believe it, and neither could I. What are the odds of you traveling so far away from home and yet finding a connection? After a few beers it was time for us to part ways, and I decided to wake up early to catch the sunrise.

Despite my best efforts, the sun rose earlier than I had anticipated so I missed it. I was pretty thrilled because that gave me an early start to the first ever photo shoot that I had planned to do in the Red Square!  I got to the square on time and it was magical. There wasn’t a single soul (besides my photographer, of course) and I felt like I owned the place, even if it was for a short while. The moment I stepped  into the square, it felt like I stepped back in time. It was the first time I witnessed the “onion bulb” cathedral along with the other government and public buildings and there couldn’t have been a better way to see it.

My seasoned photographer knew all the best spots for stunning images. She took me around the complex talking about the various buildings that exuded an old world charm.

The session was meant to last 30 minutes but we walked around and shot for an entire hour.

After we parted ways, I decided to explore the place and walked aimlessly. All the stores and restaurants were shut and I had at least another hour to kill before they’d open. After some exploring, I decided to sit on one of the benches and indulged in my favourite pastime, people watching. I sat there admiring the Muscovites getting on with their day, doing mundane things in the most charming way possible. The thing that caught my eye was definitely the way they dressed, perfect and on par with the latest trends.

The square started to get busier and that meant the cafés were about to open. Again, I didn’t know where to eat so, I walked into one full of locals. I got a grilled chicken dish and an apple cider.

Once I was done, I hailed a cab back to the hotel to get on with the actual itinerary that was planned. Guess what was planned? A tour of the Red Square. I wasn’t complaining but my only issue was that it’d be swarming with tourists. After an incredibly chaotic yet short tour, we had lunch and then planned to get some shopping done. The Square had the Gum, a famous department store opened in 1853, owned by the State. It was a massive yet beautiful shopping complex, standing majestically after almost 130 years.

After a long shopping escapade, with hands and hearts full, I walked out of the Gum to see the majestic Red Square lit brilliantly with artificial lights set against the Siberian sunset. And with that, I crossed off the most important thing I wanted to do in Moscow - experience the Square in two different settings. One, early in the morning feeling like I own the place, and in the evening with all the lights. The afternoon where I felt dwarfed again in a sea of people was just an added bonus.