Between Notes and Colours 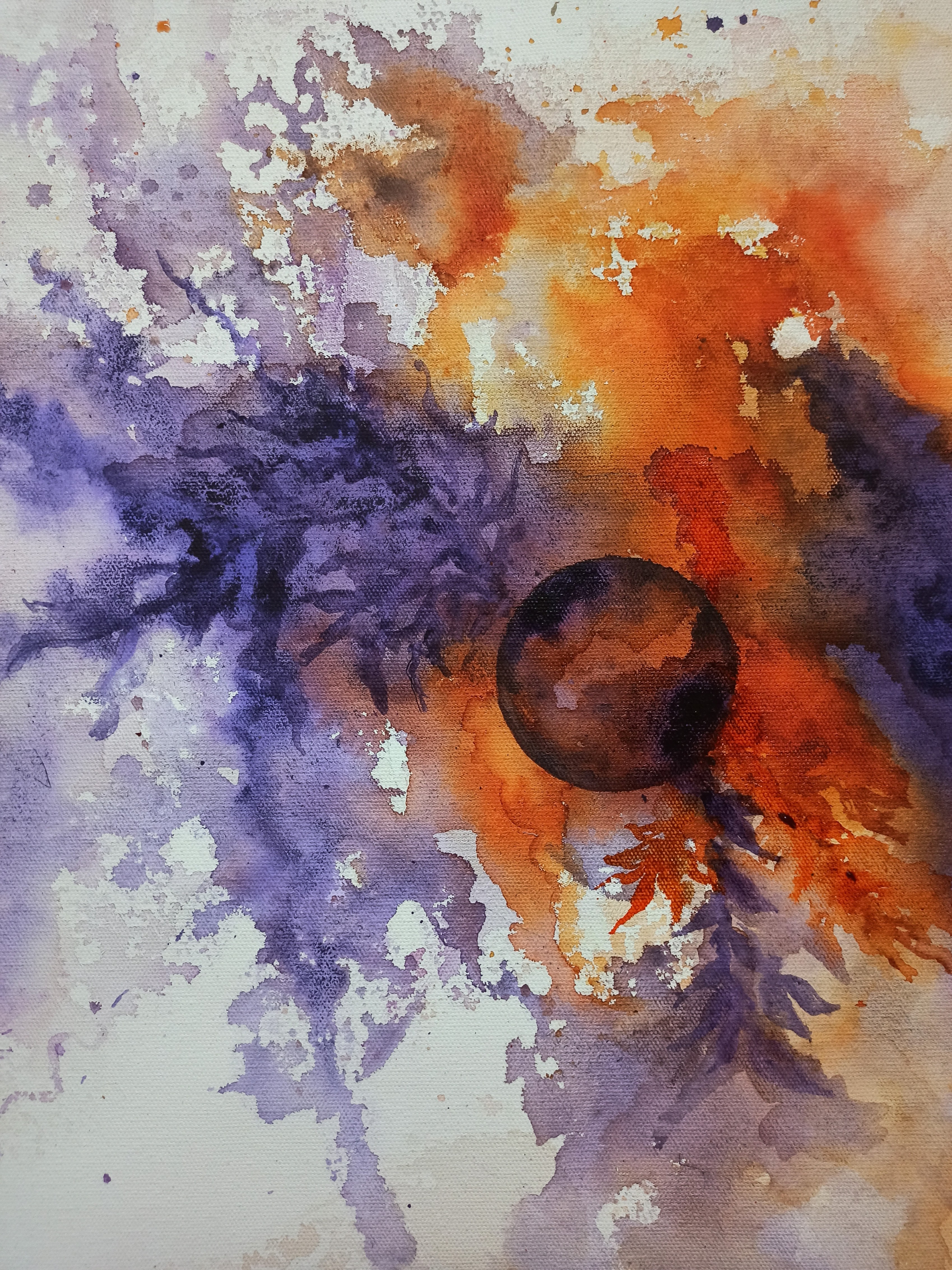 A while ago, I came across the term synesthesia and attended a session on the same which sparked an idea to create more art, of a different kind. Something that was purely experimental.

A Raga , also spelled raag (in northern India) or raagam (in southern India), (from Sanskrit, meaning “colour” or “passion”), is a melodic framework for improvisation and composition. As a student of carnatic music and an artist who visualizes colours while listening to music, I looked into the notion that different ragas evoke different moods, as well as the association between colours and moods. The idea here was then to try and explore as many Ragas as possible and then understand the underlying correlations that exist between Ragas and the colours visualised.

The process was fairly simple, to pick a composition I wasn’t familiar with and allow the music to guide the creative process. Some strokes were the effects of the speed and progression in the music, while others were guided by a larger visualized movement. Each artwork took between 30-60 minutes to complete. It was interesting to understand few subtle characteristics of the raga were brought out visibly in the painting while a popular musical composition might not have. Ragas that were similar in the moods they conjured up, showed similarities in strokes be it waves, tangles or line-meshes in their painting interpretations.

The experiment resulted in the creation of 30 different paintings in 30 days in the first phase.