Charge of the White Cells Brigade 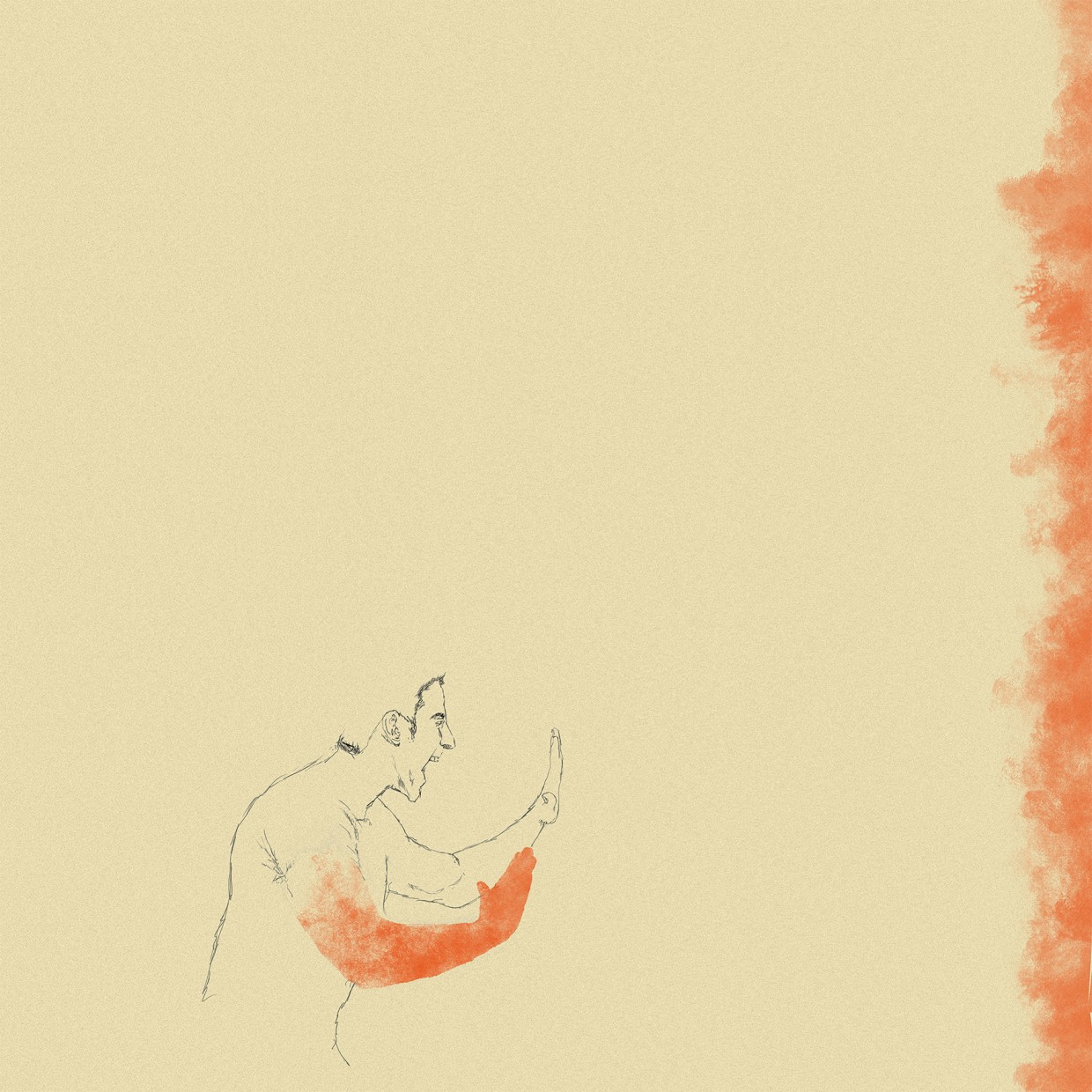 She felt a slight itchiness in her throat as if her throat was slightly sore, and it felt swollen. She decided to visit the doctor.

Meanwhile, somewhere in her body.

Teetooo-Teeton-Teeton-Teeton. The sound of the siren was unyielding and relentless; it was a harbinger of danger. The reverberations were strong – especially in the closed and claustrophobic areas of the bone marrow. The colonel of the white cell army, was on the telephone with the brigadier, the higher command, and was noting down the orders on a notepad. His adjutant was next to him, waiting to hear the instructions. “Yes sir. Affirmative.”, said the colonel, “I will ensure the Quick Reactive Force (QRF) is dispatched ASAP.”, as he hung up. “Get the first Company (Coy) commander here RIGHT NOW!” he ordered his adjutant. The adjutant, quickly, moved out of the room and in to the communication quarters, sending a page out for the QRF Coy’s Company Commander. In a few minutes, both, the Coy and the adjutant were in front of the colonel, awaiting his orders. “Soldiers, we have an intrusion in the upper quarter of our territory and it seems the external party is heavily armed, and is extremely dangerous. But the good news is that if we act fast, and act decisively, we can completely annihilate it. I want your team to do a recce and take the necessary actions.” He addressed the Coy Commander, “I want you to take all your soldiers and immediately leave for the mission. The brass has termed this mission as Operation Overcome. All the best and God speed, soldier”, the colonel said. The Coy Commander was dismissed and wasting no time, she quickly saluted the senior officers and left to address her soldiers. In the background of the siren, now elevated to “This is not a drill”, she got her soldiers ready for action and they left for their mission.  On reaching the upper quarters, the Coy Commander found the enemy had claimed one of the two tonsil mounds in the territory, fair amount of damage was done to the land. Blood of the slain civilians was everywhere, turning the area red, and swollen. Instinctively, she knew the enemy was of a different breed, one they had never encountered earlier, and caution and stealth was imperative. The enemy’s weapons were sophisticated, and they had no experience with them. With trepidation, she quickly geared up her men and women, giving the hand signal to proceed, and they attacked, with their guns blazing - attacking an unknown enemy. While her soldiers were engaged in a fight of their life, she quickly assessed the situation and radioed her findings to her colonel. Within a few minutes of their arrival, the second Coy was ready to engage the enemy. The QRF, strong as they were, were finding it difficult to hold their own against the enemy, and their reinforcement, the second Coy was a welcome sight. The men and women in the second Coy, quickly cordoned off the enemy, restricting them to just one of the two mounds, and preventing further movements to different areas, in the upper territory. The second Coy’s Company Commander was aware that the enemy had a large presence, they would need more help for a counterattack. He quickly radioed the headquarters (HQ), and appraised them of the current situation and requested them to get the Swift Action Force (SAF) ready, pronto - without any delay. The enemy soldiers were very wily, and used every form of guerrilla tactics to evade their counterparts, and raise havoc. Many soldiers of the QRF, and the second Coy were fast becoming a casualty, in this attack. The brigadier on receiving the request, ordered the Coy of the SAF to initiate the process.

Meanwhile the white blood cell-soldiers were being ravaged, and things were getting more complicated as the enemy had broken through the cordoned perimeter and were now trying to attack the second mound, and the enemy’s weapons were too strong for them. The CO, again, radioed the HQ requesting for immediate reinforcements. He knew the situation was very dire and grim, and they were losing the battle, and losing it rapidly, and the repercussions were immense. He tried to motivate the men and women under his command, but it was far too less and far too late. “Sir, the first mound is under enemy control, and the second one is now surrounded by the enemy line. I repeat, the first mound is out of our control and the second one is now under attack. I request immediate reinforcements to curtail the enemy’s further movements to other parts of our territories, Sir.”, the Coy Commander radioed to the HQ.  The enemy had the luck of the devil, and with their sophisticated warfare, they released their weapons, the ones that created the heatwave – heating the entire area of the body to very high temperatures. The soldiers were in a hellhole situation – a losing battle and the surrounding heat was draining them, interfering with their weapons. It seemed that the situation was rather hopeless.

“She is burning up. Nurse! Quickly get the paracetamol injections”, the muffled, yet urgent voice of the doctor through the mask, spurred the nurse in to quick action. She immediately injected the patient with the medicine. “Please monitor the patient’s fever and keep me appraised of any changes”, the doctor ordered the on-duty nurse, before moving out. The nurse looked at the patient, and in her mind, prayed for her quick recovery. When the doctor made his rounds later on, in the day, she informed him that the patient was complaining of increasing throat pain, the fever had stabilized due to the injections, but returned at regular intervals. The doctor consulted with other senior doctors, over the telephone, and it was decided that a new cocktail of medicines would be administered to the patient, keeping in mind, her otherwise healthy body. The nurse, on the doctor’s instructions, with a prayer on her lips, started the new regimen of medicines for her patient.

Meanwhile, in the patient’s throat.

The enemy had laid its evil fingers across the second mound, and there was hardly any time left, for it to succumb to them, completely. The soldiers were valiantly bombing the area, but were barely making a dent in the enemy’s numbers. Suddenly they heard a loud chuff-chuff-chuff noise over their heads, and this announced the arrival of the SAF soldiers. The helicopters were full of soldiers, who were armed to their teeth, and pulling no punches. They opened fire on the enemy from the air, and began to bombard their positions. The enemy was caught off guard, and their reaction time was slow. This surprise attack had the enemy regrouping, and assimilating a new plan of action. The SAF soldiers slithered down from their helicopters, and surrounded the area, their guns drawn. The enemy fired back at them, and the battle was intense. The SAF used all the tricks up its sleeves, and for the first time since the intrusion started, the hearts of the soldiers were filled with hope. On realizing the urgency of the radio messages received, the brass had sent further reinforcements – several new pill-shaped tanks were incoming, clearing the path for the soldiers. The combined strength of the SAF, the initial company and the tanks were pushing the enemy behind the lines, reclaiming what was theirs. The enemy was outnumbered and began their retreat, slowly, leaving extreme mayhem in its place. The white blood cell army kept pegging at them, and eventually the enemy relinquished their control. The CO immediately, radioed the HQ with the news. The SAF began the withdrawal process, leaving the clean-up task to the initial company. The battle was won, many of their soldiers had lost their lives, but the throat region was free of the enemy virus. Operation Overcome was a resounding success.

“Doctor, the patient has tested negative for the Coronavirus, think she can be released now.”, the nurse informed the doctor. The doctor agreed.