Kushti - A story of mud warriors 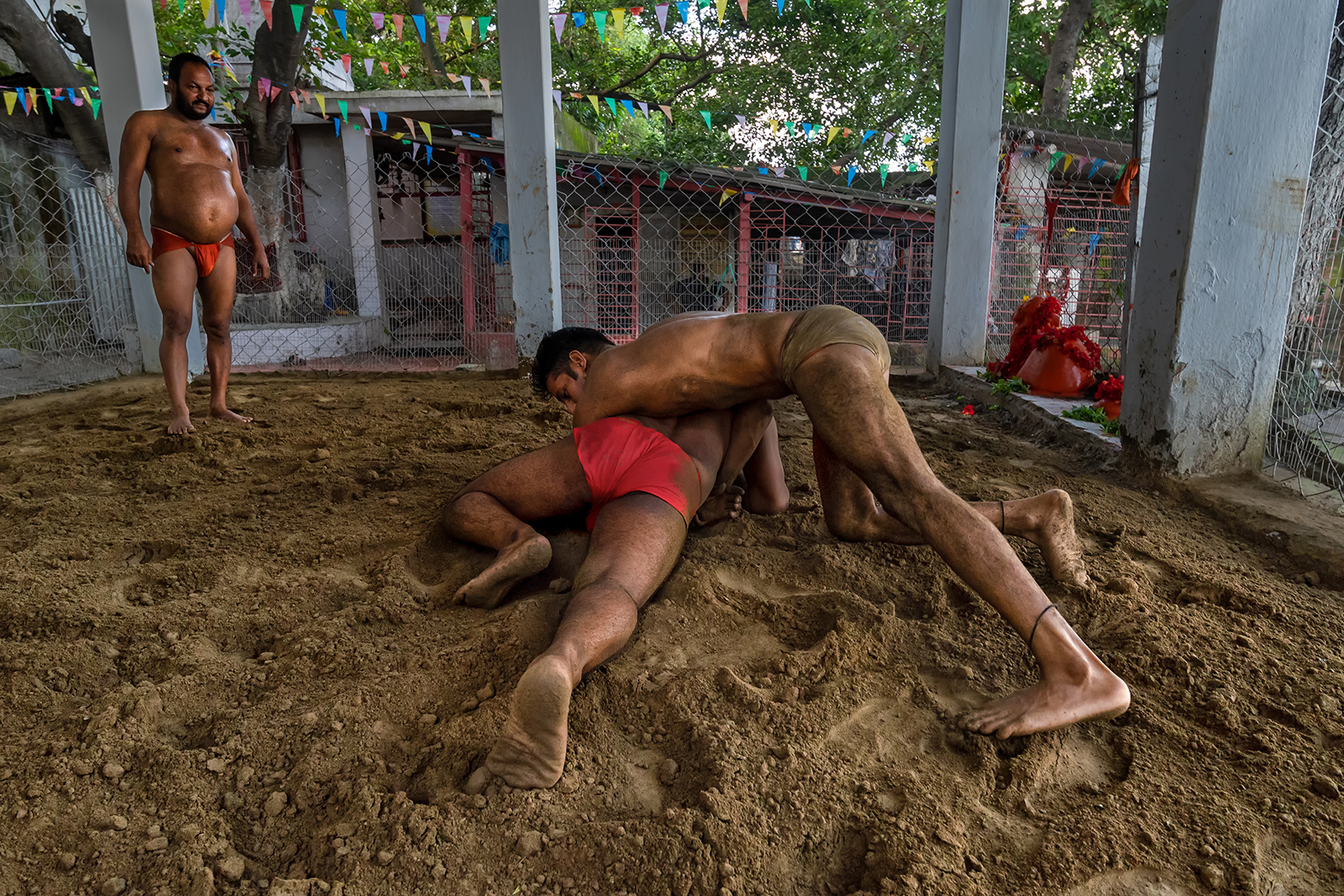 Kushti is a form of traditional Indian wrestling. It was mainly developed in the Indian subcontinent. A  practitioner of this sport is referred to as a 'pehlwan' and teachers are known as 'Ustad' or Guru. The  practice ground is known as 'Akhara'. This photo series is from the akhara by the Hooghly River in  Kolkata, India that houses three generations of Pehlwans. The wrestlers start their day at sunrise  with their daily rituals as early as 4:30am by praying to Lord Hanuman(Bajrang Bali) followed by a  series of physical exercises that includes free hand exercise, lifting of the gada (mace), rope climbing,  and aerobics which goes on for an hour to get their bodies warmed up before setting foot in the  Akhara. The akhara is prepped up with soil mixed with Milk. In this photo three generations have  been captured. The wrestlers want to pass on the legacy to their younger generation and through  this they want to save their culture. The wrestlers believe that it is not only a sport but a way of life.  This form of sport has been dying out as not many people are interested and with the  commercialization of the Wrestling competition which takes place outside the Akhara. However as an old Indian form of wrestling it needs its recognition in the world.