My Date with Dots 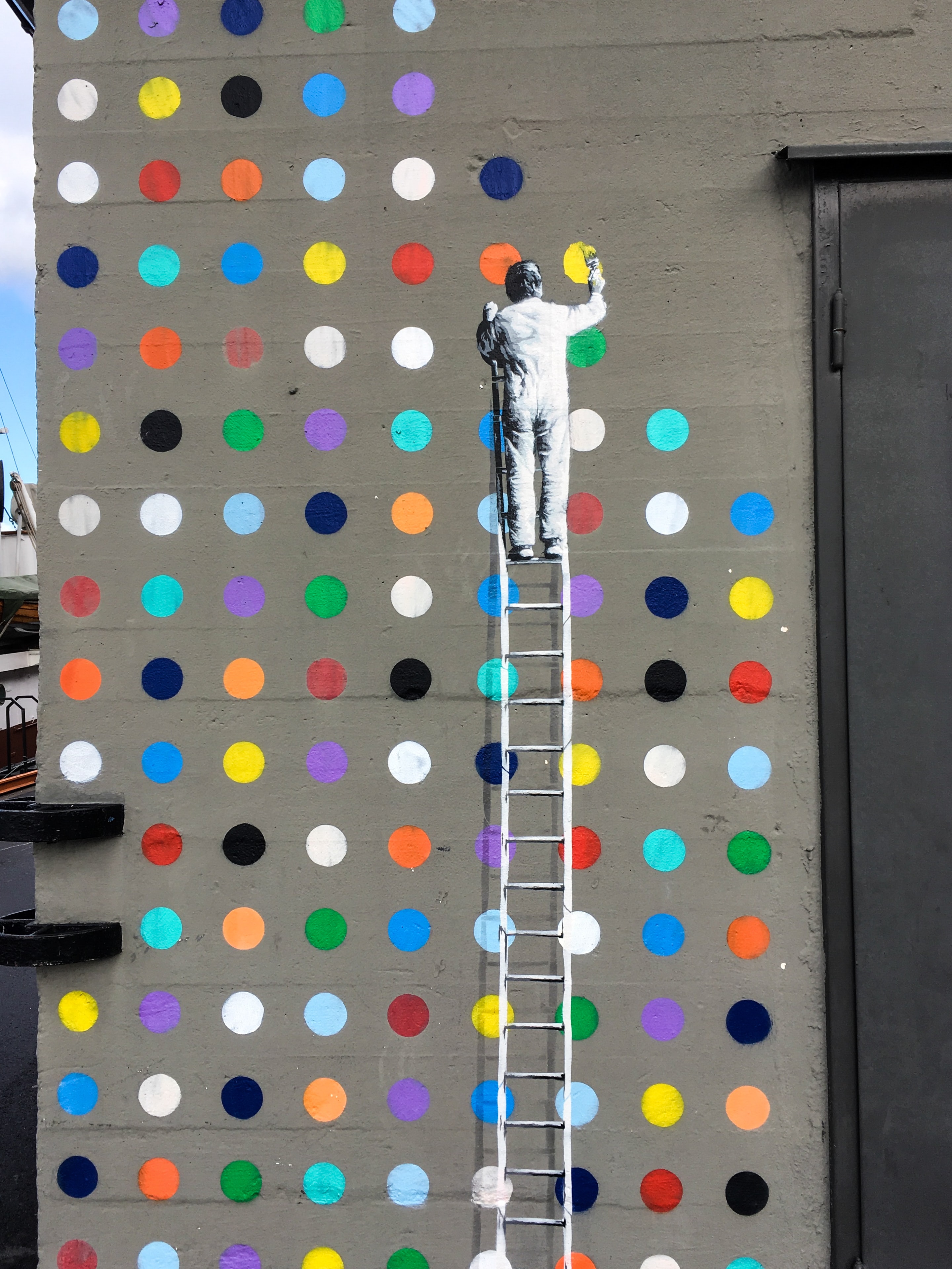 ‍
I didn’t know what I was looking for, nor did I understand what I’d found when I stumbled upon Yayoi Kusama’s exhibit at the Singapore National Gallery in the summer of 2017. It was sheer coincidence that I was at the gallery just a few days before her exhibit Life is the Heart of the Rainbow was to close and move cities.

I still remember how baffled I felt when I’d walked into an austere looking colonial building at the heart of the city, already feeling out of place, to see four giant yellow balls with black polka dots suspended from the ceiling. My eyes were instantly drawn to it, and for a minute I wondered if I was imagining it because everyone else around me—the guards, guides and the few visitors I saw seemed to be unbothered by the dramatic, whimsical spectacle.

It was the summer between my second and third year at university and a nervous breakdown during finals week had left me feeling uncomfortable in my own company. The trip to the gallery had been a spur of the moment decision, to break away from the tightly scheduled family vacation my father had planned, for just a few hours. It was my family’s first vacation abroad and we’d been determined to make every minute count.

When we’d landed in Singapore, my father had given my brother and I thirty dollars each and had told us it was ours to spend on whatever we wanted. And now, as the vacation was coming to an end, the pressure of spending it on something significant was pressing in on me. After a lot of deliberation, I decided to invest it in some time alone, something that I’d aggressively avoided doing all summer. I longed to meander by myself without fearing solitude.

I’d taken art classes when I was younger and knew of all the famous paintings. But my childhood had been the kind where my parents worked stressful, demanding jobs all week and weekends were spent catching up on sleep—visiting art exhibits and galleries probably never crossed their minds as fun activities to do with their kids.

Even though my experiences with art and galleries were limited, I knew it was unusual for yellow beach balls to be hanging from the ceiling. Desperate to blend in, I pretended not to care, like others seemed to be doing, and walked further in. The space was quiet and I was conscious of every step I took because it felt like I was the loudest, clumsiest object in the room.

I’d thought that art galleries were like libraries and demanded complete silence too. We were to simply walk around, not speaking above a hum and we were definitely, definitely not allowed to touch the exhibits—right?

Yayoi Kusama’s Obliteration Room defied all my previously held beliefs in one fell swoop. I heard the exhibit before I saw it, although both sight and sound were equally loud. I was given a packet of brightly coloured polka dot stickers and my confusion only increased when I was told to enter the room and stick it anywhere I wanted. When I looked into the room I realised they really did mean it—anywhere. The exhibit, which had been staged in multiple continents, always started off in the same way—with a generic room where all the objects, furniture, walls, ceiling, floor everything, was a plain, stark white. And then visitors were given stickers and were encouraged to stick it on any surface or object within their reach.

It was the most crowded exhibit in the entire gallery. Children and adults were going at the task with equal frenzy. The first thing I noticed, despite the pop of colours however was the glee in the adults’ faces. It was like a veil of responsibility and rule following had been lifted at being allowed to destroy the room. In fact the destruction of the room was essential to their engagement with art. They had to be bad to do good. Since the Room had been there for a few weeks already, by the time I got to see it, almost all surfaces had been covered with dots—even the ceiling. There was no white in sight.

I would later understand that this was just one of Yayoi’s many tricks: when you entered the room, you became an object in the exhibit. So when a young child walked up to me and stuck a bright blue polka dot sticker on my elbow, I became a part of the room—I became art.

Kusama dealt with space in that she was obsessed with destroying our understanding of it. She had once said ‘polka dots can’t stay alone’ and her art constantly reiterated this: we don’t exist in isolation of the space around us. Her famous mirrored Infinity Rooms mimic this effect where we feel like we are suspended in space and time and feel the environment—be it bright spots of light, polka dots or even phalluses—stretching on for infinity, engulfing us completely, destroying the notion of a separation between our bodies and the space beyond it.

In 1977, at the height of her fame, Yayoi Kusama admitted herself to an institution for the mentally ill and has lived there ever since. Her hallucinations began when she was 10. They were bright, vivid—flashes of light, fields of dots. Kusama was obsessed: ‘I see a flower, I see so many flowers...become panicked and overwhelmed, I want to eat it’; these obsessions were made into art. Her patterns and colours were not meant to lull the viewer into a sense of comfort or ease—they were far from being repetitive or predictable. Like the visitors exercising free will in the Obliteration Room in their sticking of dots, her patterns and dots fell everywhere and were meant to suck you in and make you feel, if only for a moment, the same overwhelming fear she felt when she experienced her hallucinations.

I’d had my first panic attack that summer, just a few weeks before the trip to the gallery. It had felt like my body was failing me as I heard my heart thunder in my head. Every thought was drenched in panic and I found it hard to breathe against it. I felt like I was drowning in my own fear. I’d begun to believe that that would be my only reaction to fear—a sense of desperate helplessness and above all the sinking realisation that I was all alone.

But that’s the effect of fear—it detaches you from ration and reason, it makes you feel that no one else will ever understand you because no one else has ever experienced the fear you have. You begin obsessing over it, making it take monstrous shapes and forms. Fear isolates you from yourself and even obliterates your sense of self.

But that day, as I stood at the centre of Yayoi Kusama’s art exhibit, with a polka dot on my arm, for the first time in months I felt like I wasn’t alone. Instead I saw what fear could become: art that’s unfamiliar and possibly even unsettling at first, but then radically joyful work that demands it be shared with the people around you.

When I left the gallery that day, I realised that even though I didn’t fully understand Yayoi Kusama (or art) yet, I’d found exactly what I’d been looking for—solitude wasn’t terrifying if you were surrounded by art because as long as there was art, we would never be alone.