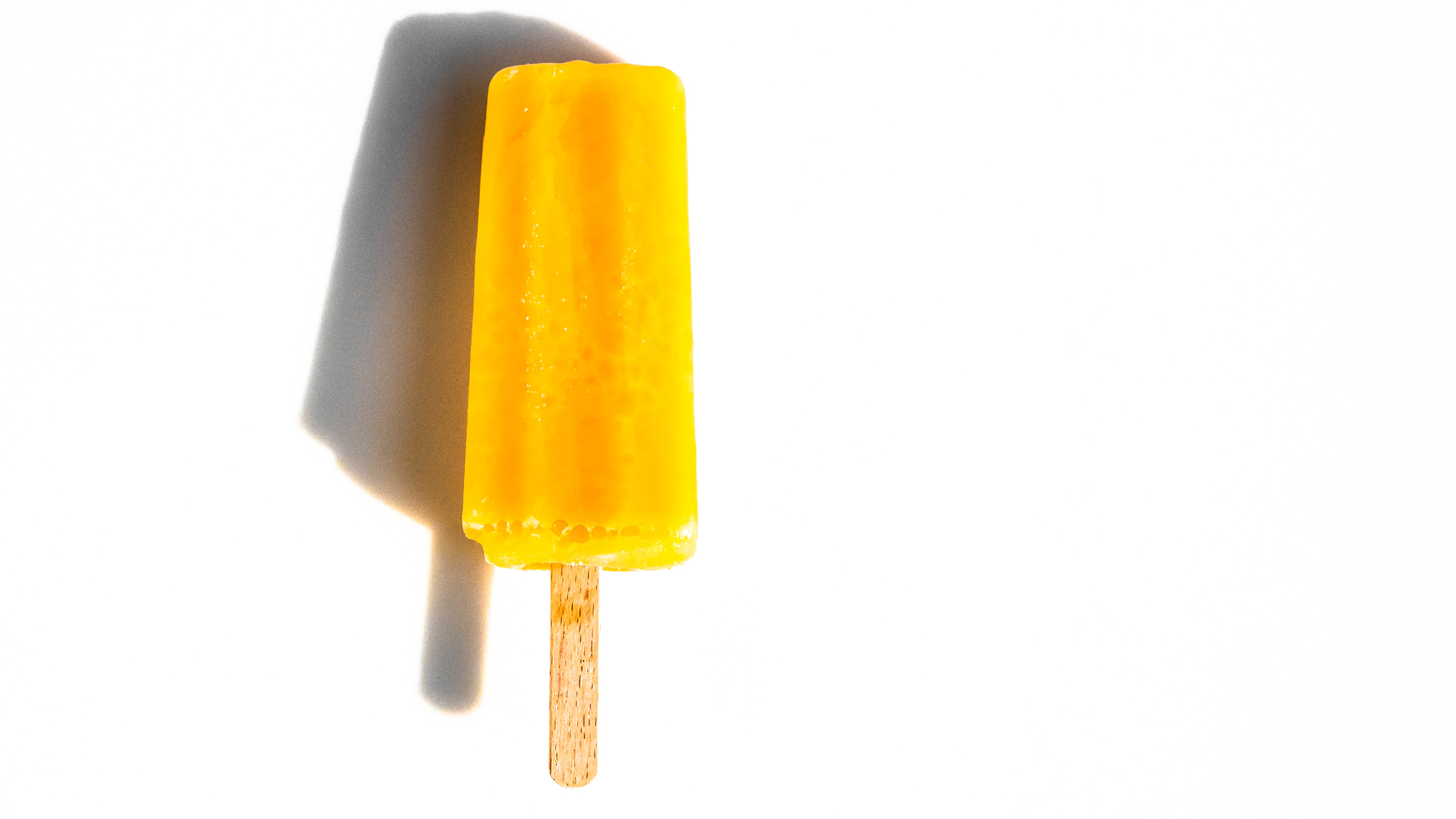 The chalk dust parted ways with the blackboard and mingled with the rays of sunlight that had lit up the classroom. Light however, brought with herself a guest, the scorching Heat of May, and the impatient frowns on red, sweaty faces told him he had not been received with warmth but was merely being tolerated. Afterall, only a few seconds were left for the bell to ring.

Every kid’s eyes were trained on the classroom clock; daydreams of ice lollies and winning the Class 3 Water Fight Championship (conducted safe from the sight of teachers and teachers’ pets, obviously) consumed their brains, the poor teacher’s words hit the wall and vanished into thin air. One set of eyes was an exception though. They kept darting towards the view outside the window, staring at the road connecting to the entrance of the school. A tinkling coupled with the creaking of wheels echoed across the empty courtyard and through the infinite branches of the huge neem tree, the home of the school gong, he strained his eyes to follow  heavy footsteps clad in decades old leather sandals walking along an ancient black bicycle.

The wooden hammer struck the gong thrice and continued ringing as the children came crashing down the corridors, loosening their ties and folding their shirt sleeves. The man with the bicycle was ambushed from all directions. The screeching of pubescent voices surrounded him and hands enclosing jingling coins and sweaty notes were shoved in his face. He did not waste a second of his time; opening the ice box that was perched on the carrier, he initiated the business of dealing with the ‘cheeky little devils’, as he liked to call them. The Ice Cream Man had a face set in stone. His eyes were overshadowed by a permanent scowl and creases on his forehead. Nobody had ever seen him smile and the few conversations he contributed to went somewhere along these lines:

"Noooooooo. You owe me one rupee anyway."

The Ice Cream Man was bidding the time for recess to come to an end. The little devils had left him deserted and he was counting the remaining two minutes in his mind. He glanced at the mudguard of his bicycle and noticed the familiar bright doodles stuck to the surface by a tender hand. He did not like to admit it to himself but he was waiting for one little kid to turn up but sitting under the searing gaze of the sun, his heart was forced to give a logical explanation to his grumpy old boss of a brain. Finally, he saw the boy sauntering across the courtyard, a grin on his small face, pockets rattling with coins and an origami butterfly in his hand.

"What did you get me today kid?"

"A butterfly. I learnt it yesterday."

Wrinkled hands moved forward and cupped the butterfly in his palms before carefully placing it in the basket. The Ice Cream Man turned around to find the boy looking up at him expectantly and he sighed. He raised his eyebrow animatedly and  proceeded to conduct their daily ritual.

“Troubled your parents today?” he asked with a curled lip and a deep, throaty voice.

The little boy giggled and replied with his usual exuberance.

“Yep. But they say I’m too cute for them to get angry with me.”

“Yes but she loves me too much to stay angry with me”,

“For more than a day.” he added with a rare twinkle in his eyes.

They saw the peon walking towards the gong with the hammer clutched in his hand and moved on to business.

"Here you go. Three rupees only.”

His eyes fluttered open and he took in his surroundings. The teacher was staring at him as he rubbed his eyes and adjusted his vision to the brightly lit classroom; he realised she was saying something as well. Oh! He was being reprimanded. He managed to pull off a guilty expression at the right time and the teacher decided to give up on him. Afterall, only a few seconds were left before she could join her colleagues in the air conditioned staff room.

The sleeves of his shirt were clinging to his skin, his hair was damp and plastered across his forehead. He sighed and looked around; his classmates were immersed in their phones strategically placed within the folds of their notebooks and the view outside the window had nothing to hold his interest.  The neem tree in the courtyard had grown, creating a dense canopy of leaves and branches that only the most promising rays of the harsh sun managed to penetrate. The shadows lurking on the grounds threatened to swallow him and he seemed ready to drown  but the ancient black bicycle he had long forgotten about had added a loud, disturbing screech in its collection of peculiar sounds and now, demanded his attention. The Ice Cream Man looked just the same but his firm footsteps were now accompanied by a drag and a shuffle as he made his way to his usual spot, getting ready to vanish in a sea of sugar deprived children.

The electric bell rang and kids animatedly covered their ears to block the shrill unnatural sound as they dashed towards the school grounds. The Ice Cream Man commenced his business and kids fought their way through the crowd, some to buy their favourites before they were over and some to stand in the vicinity of the cold vapours escaping the box (at least until the Ice Cream Man threatened to thrash them). The old man had never been a man of many words but the last couple of years an eerie quiet had decided to trudge along with him and his bicycle, dissolving him into his surroundings as he went unnoticed by most that glanced at him. Kids never looked past the ice box and the colourful cones hanging by the handles and the one kid that used to, grew up and forgot about his grumpy old friend.

The boy was tired of looking out the window. Sitting alone in the class twelve common room, he could not get rid of the uneasy feeling weighing on his chest and finally decided to step out into the courtyard. He sat down on the bench beneath the neem tree, a safe distance from the crowd and chaos around him and could not help but look at the man that stood amidst it.

The Ice Cream Man was as usual free from his duties and was making a huge show of packing up the ice box. This time his heart could not offer a single rational explanation, he just could not help but notice the familiar face of the lanky young man sitting across from him. Suddenly, he was overcome with an irrational feeling of anger and maybe some resentment.

“Of Course you do. You think you are so clever, strutting around, hands in your pockets thinking you can dupe me…”

The Ice Cream Man continued his grumbling as the boy walked towards him. Before he could say anything to calm the old man down, his eyes caught sight of a fading paper butterfly taped on the front of his bicycle’s basket and a knot the size of a tennis ball seemed to choke his throat. He stopped.

The bell struck and everyone lazily ambled along the courtyard, making their way towards their respective classrooms.The Ice Cream Man’s frown vanished in surprise and he asked the boy still standing in front him,“Don’t you have a class to attend?”

The absence of direct sunlight and a heavy frown had, for the first time, enabled him to actually see Ice Cream Man’s eyes, they were brown. He merely shrugged in response to his question.

The boy leisurely slurped at his Orange Bar, a crumpled wrapper beside him and offered a grin in an attempt to soften the old man’s stoic expression. It did not budge. The frown had returned with a couple of extra creases, owing to his puzzlement at the young man’s behaviour. Ice Cream Man decided to hit him with a familiar question, not expecting a reply in return.

An intense ache spread through his head as he looked for an answer.

The young man looked at his ice cream for a long time, the last orange icicle let go of the flimsy stick and melted on his palm. He sighed and finally said, “I have not had ice cream since a long time, right?”

The Ice Cream Man moved forward to strike his back for offering him money but was taken aback; the boy held in his extended palm an origami butterfly made from an ice cream wrapper.

“A butterfly. I learnt it yeste...years ago.”

The boy smiled at the old man and received a smile set in stone.

“She really used to like these, always forced me to put them on the bicycle.”

They sat in silence for a while but the moment did not last long. The Ice Cream Man snatched the paper butterfly from his hand and shoved him away.

“Get lost. You’ve cleared your dues.”

The Ice Cream Man took hold of his bicycle and began his short walk towards the entrance of the school. A few stubborn rays of sunlight had managed to get past the shield of neem leaves and as the boy turned around to look at the figure walking away, he saw the ancient black bicycle was ablaze with something other than the might of the summer sun.