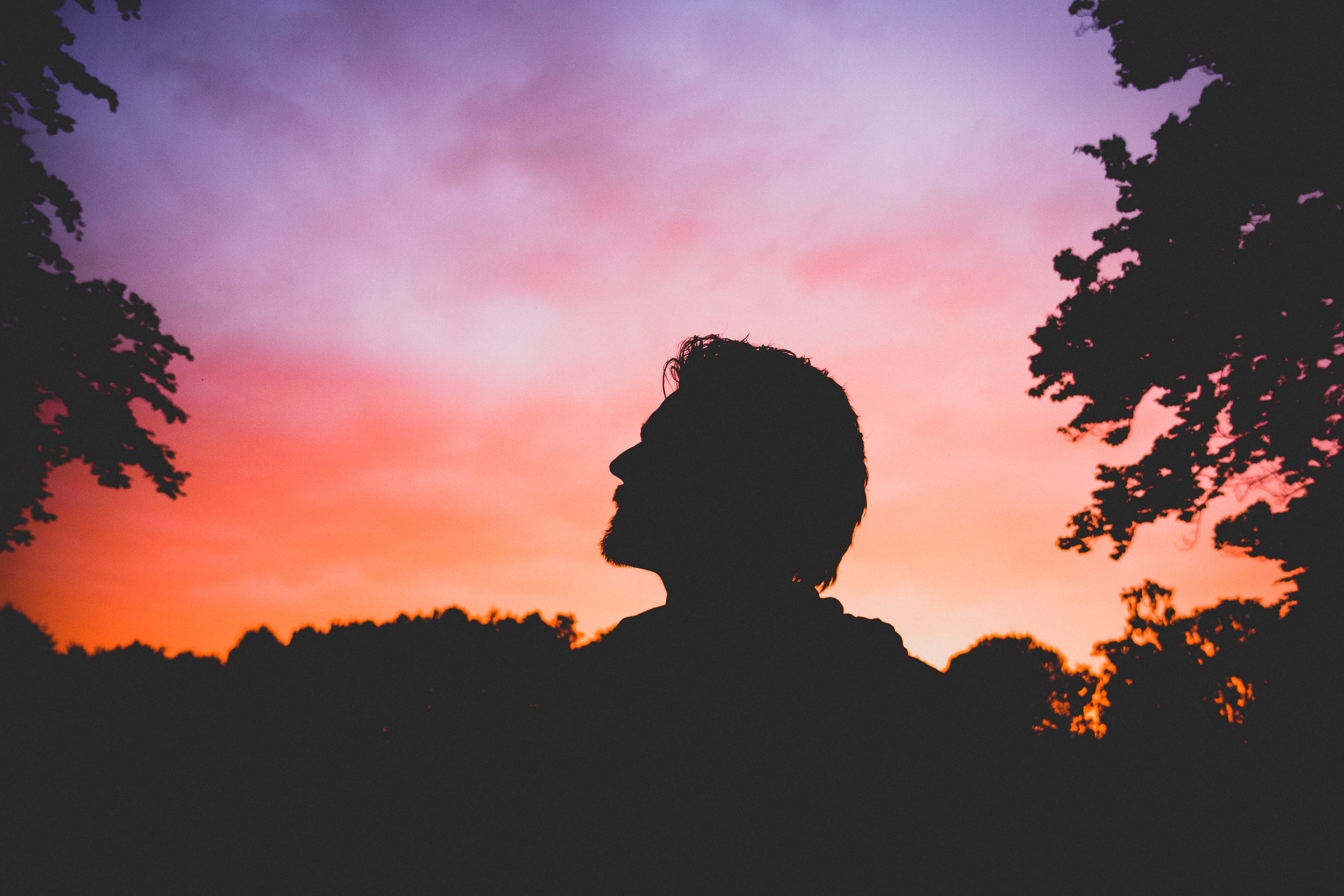 ‍I know that I sound like a romantic fool, but I think we have something here. It's a connection, for sure. And I really, really want to meet you.

It's completely okay if you're uncomfortable, I understand, given your anxiety.

Hope to hear from you soon,

I sighed, as I read his letter again. I'd been exchanging letters with Rishi for almost half a year now. We'd met each other on this app called Slowly, where you could write to a stranger fromany country, and would be matched solely based on common interests.

At first, Rishi had seemed like a stand-offish, aloof person with no real intent of opening up. But, by the by, through a series of absolutely mundane conversations about plants, the night, ukuleles and a diwan; I had got him to tell me more about himself. His problems with his mother, his financial issues, how much he hated his job, and even his struggles with borderline personality disorder.

Rishi was just a very soft, warm little boy who'd been beaten down too many times by the world to ever trust someone completely.

And somehow, I had managed to gain his trust. It made me feel a little special, of course. And, I did want to meet him. It's just, I've never been a people person. I have some terrible social skills, which I make up for by having some great writing skills. Hence, the app was the perfect way for me to talk to people.

I've been thinking about how strange it must've been for someone completely new to surrealism and the Daliesque form of art, to have encountered Kafka on the Shore.

If Murakami's writing were to be critiqued, he's a strange fellow, don't you think? He writes about a young boy who is lost, and yet somehow makes it sound extremely otherworldly that it could be so. Every young teenager is lost, don't you think?

How was your teenage? Troublesome?

Mine was extremely chaotic. My mother was an alcoholic, and my father tried very hard to save her from herself, but she eventually died of liver cirrhosis. My father has been going to therapy since. It happened when I was 11. I remember it like it was yesterday.

Hope you've found yourself with a tub of ice-cream and a giant pizza tonight. Watch Coherence. You'll like it.

I bit my lip, nervously, and my hands were clammy with perspiration. The coffee mug in front of me was empty, and the muffin I had ordered had almost disappeared. I was getting hungry. Where was he? Had he got lost? The cafe was getting quiet as the rush hours melted away into the lull of midday. Getting impatient, I ordered myself the ravioli in chickpea sauce. When he turns up, he'll understand. I'd waited for him for an hour already.

Rishi lived in Delhi, but had to fly to Pune for work. When he told me, and casually asked if we could meet, my first thought wasn't a thought. Just panic. Sheer white panic. I'm not sure why. There wasn't anything to be scared of. Besides, my anxiety had never stopped me from doing something before. So, I told Rishi that I'd meet him.

What was I even thinking?! Meeting a complete stranger for the first time like this! At least I'd picked a public place, and the morning time, so that if anything happened to justify my paranoia, at least I'd be safer.

I'm so sorry to hear about your internship! I'm sure you'll find something better. You're too good at what you do for just one little failure to pull you down. Trust me. Apply to other places. You're bound to get in.

I'm thinking of quitting my job. In any case, my father needs full-time care now. I don't yet have the money to set him up in an old-age home. I figured I could sell my art and earn money that way, while staying at home with him. What do you think? A little reckless?

Also, I'm making chhole today. Thought of you while making it. You really, really put ketchup in your chhole-chaat, don't you? I think I'll give it a shot tonight. If I die of food-poisoning, it's on you!

My pasta had arrived, and I suddenly realized that maybe Rishi was already here, and just hadn't recognized me. I fiddled with my blue scarf and looked around for someone with curly hair and big round glasses. But hadn't he said he'd cut his hair, and shaved? And what if he'd worn lenses? Sighing, I got up and went to the valet at the door.

'Excuse me, I'm sorry, but you keep track of all the people looking for tables, yes?'

The man in the maroon uniform nodded sleepily.

'Could you see if someone called Rishi came here?'

He gave me a strange look and checked his list, before turning to me and saying, 'Yes, ma'am, a Rishi Makhija came here about an hour ago.'

'Oh god! Where did you seat him?' I asked, not knowing if I found this more hilarious or frustrating.

The valet spoke to a waiter who then called another waiter, who in turn led me to the bar.

After some hushed whispers were exchanged between them, the bartender turned to me and said, 'Mr. Makhija was sitting here for at least an hour ma'am, I'm not sure where he went,'

I rolled my eyes and strode back to my table. What a perfect waste of time. Was the man blind? I'd worn the blue scarf and white top as decided, and I had kept a watchful eye for any curly haired men who looked like him. He'd said he'd be wearing something brown. Now was that a tie, shoes, glasses, shirt, pants…? How was I supposed to know?

While eating my now cold pasta, I furiously typed Rishi a letter.

Where the hell are you? I've been waiting for almost two hours now. The cafe staff said you had come! What the hell happened Rishi Makhija? I was wearing the blue scarf and everything!

This isn't done. You ensured I wasted an entire day on you without even turning up.

Should I have given him my number? He didn't offer his either. If we could call each other the whole intrigue aspect would've been lost. I don't know why I was so childish.

I paid my bill and left the place. As I got into my car, which I had had to park at least half a kilometre away from the cafe, I heard an ambulance coming from the direction of the neighbouring market. I sighed sadly, thinking of how terrible the world is. Another road accident. This was the third one this week that I'd heard of in Pune.

As I drove home, I turned on the radio, to try and divert my thoughts from Rishi and his strange disappearing act.

The RJ was talking, and I was about to switch channels when I heard the name of the cafe I was just at.

'... a young man in his thirties was found dead in the bathroom of the famous cafe. Just minutes earlier, a young lady was looking for him, after she left, a staff member went back to get cleaning supplies and found the man, allegedly named Rishi Makhija, the son of politician Jaydev Makhija, in one of the bathroom stalls. Cause of death seems like poisoning. So far, the police have disclosed nothing, except that the search for this woman, named Nia Shah, is on. More on this story after this delightful song from the movie Fitoor…'

I was at a signal. My heart was pounding. My head felt like it would explode. I was suddenly a suspect in Rishi's murder. Murder? Rishi was dead? How? When? Why was I being called? Rishi's father was a politician? What exactly was I supposed to do now? Was I to run? Will that make me look suspicious? I hadn't done anything, obviously, I'd been at my table the whole time I was there, except the one time I went to wash my hands! Even then that old lady was there. She spoke to me too. I had alibis. But Rishi was dead?

I snapped back to a lot of mayhem and angry honking. The light had turned green. My hands were shaking as I switched gears.

I don't know how I got home. I don't remember the drive back. It was a wonder I hadn't caused any accidents. With my head still in a whirl, I turned the key in the door lock, when my phone chimed.

It was a letter from Rishi.

I can explain. Where are you now? Please, please don't give up on me. I leave for Delhi tomorrow. No no, I never made it. I got caught up in a meeting and my phone died and I had no way of reaching you. I only just got out.

I'm not Rishi Makhija, Nia, my surname is Pal.

I'll wait for your call.

I'm so, so sorry Nia. What a way to make a first impression!