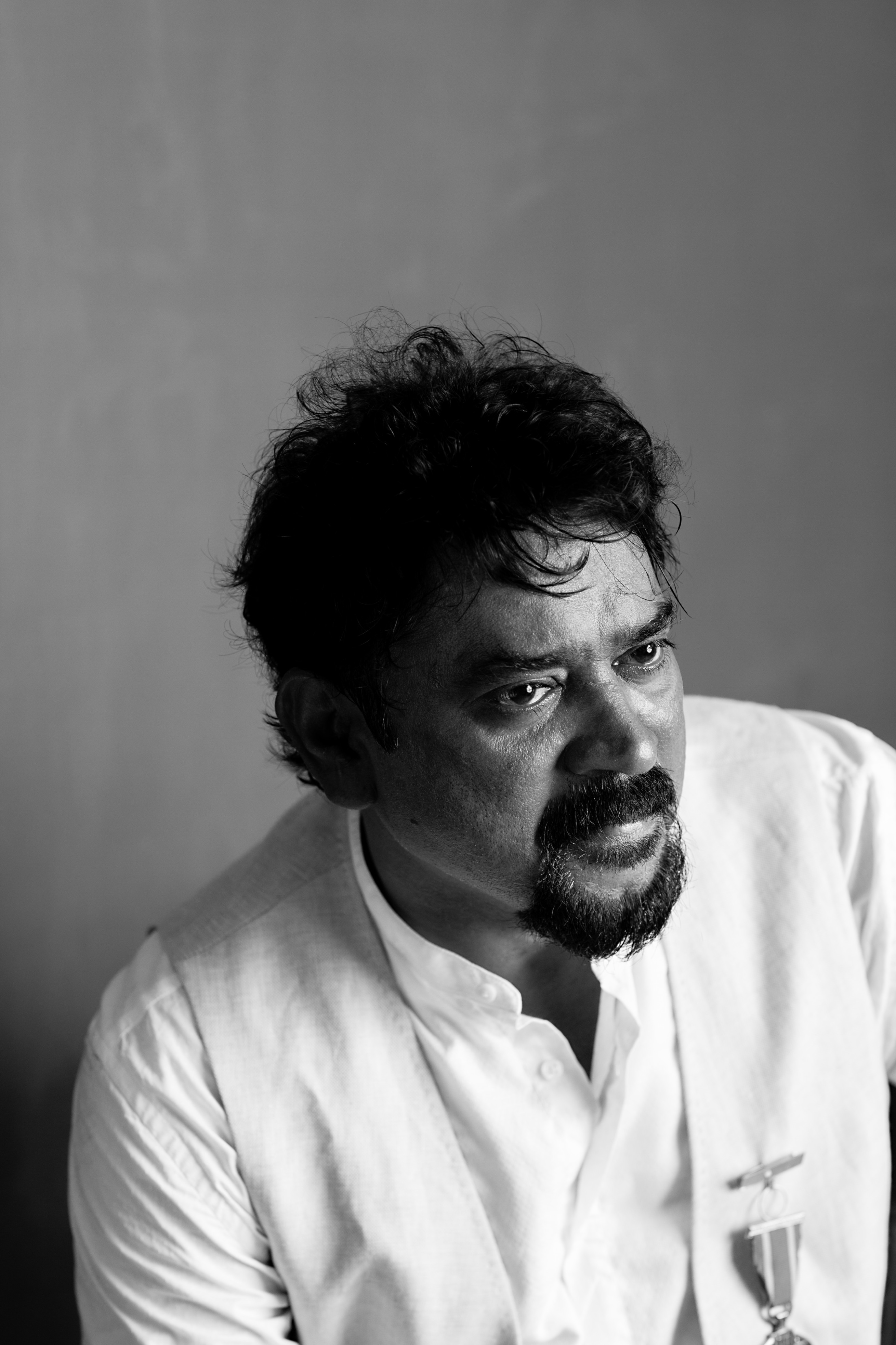 Every minute in Santhosh Sivan’s presence was a vivid insight into the world of cinematography. The love for his art combined with his childish wanting to learn more about it is the ultimate winning formula and his work is a timeless testament to to it. A down-to-earth artist opens up in a wonderful conversation where he reveals how cinematography and himself complete each other.

His first lesson of art: ‍

“My grandmother used to teach painting and art in the palace. I would go with her and see them. She got gifts of beautiful Raja Ravi Varma calendars. She would narrate to all the kids’ stories of mythology in the evenings. Perhaps, that must’ve been my first visual education. Of course, I made films based on that later on. But I think that, along with the fact that my dad used to be one of the finest photo journalists and my grandmother, when I sketched something would tell me it was original, I naturally inclined towards the arts.”

Capturing the Beauty of Transition: ‍

“When I was in school, I used to play hockey. It was my job to stand on the terrace top to check out if it would rain or not. When I would be standing on top, the clouds would come and then I would observe that the greens would look different under the darker clouds. Or when there is a sudden shower and the sun comes out, it looks beautiful. Beautiful things change quickly – from night to day, the magic sky and all that. You need to have speed to capture it. If you look closely, you will feel that a lot of things are in transition. Most things in transition are so beautiful that they have to be captured fast.”

“I did my course in FTI in Pune, which was great because apart from the course, there are so many facilities and you interact with people from different parts of the country, some foreigners even. A film school is interesting because of the assortment of people. After you pass and come out, then there is this routine of assisting someone, which I was not very keen on because I thought that after going to an institute, I knew everything. When you attend you think you know everything, when you come out you think you know everything. And then you realize that you don’t really know much about things. But I was also very fortunate because I used to love still photography. Combine it with the idea of travelling, which I also love, I set out to have my own experiences. If you say Ganga is beautiful, I don’t want to read about Ganga and find out how beautiful it is. I’d rather go from Gangotri to Ganga Sagar to see it for myself its beauty.”

“I took up a small project in Arunachal Pradesh through Vivekananda Kendra. My job was to take classes for tribal kids on how to make black and white prints. I had no clue where exactly this place was. I landed up in this very strange place which is not next to Andhra but in the Himalayas. It took me 8 days to reach there. I learnt some of the most interesting lessons of my life there actually. It was interesting because if you Google it is only a forest. But then there was a small school with tribal kids from almost 21 different tribes. When I finally reached there, the first thing I noticed was that they had made Gandhi in front of school. But Gandhi looked like them - he had calf muscles, little healthy and all that. And his stick was raised also. It was not at all the Gandhi we know.”

Anything without mystery, has no life. Just like people. We all have different mysteries about us. Somewhere parallel to light and darkness – everything you see in light, there is also a darker element to it. In the images you create if you can get a blend of it, then you will get a high. You will feel like you have created something that has depth and mystery. You think about all this when you do lighting. You realise it and balance it. This high is what keeps me motivated to keep creating.

What is Originality of Art: ‍

”When you say original, there must be some origin to it. Even though I haven’t worked with cinematographers like Subrata Mitra, V K Murthy, Aloysius Vincent or Milli Irani – I have learnt so much from their works. Its’ like a revolving door. When you see a cinematographer’s work, you can say whether he is creating or imitating. There are always fewer people who are creating than imitating. Today’s a time and space where everyone says – ‘Oh! That looks like a Hollywood film!’ I think, invariably something has gone wrong with that film. When I was invited to join the ASC, they did not want me to do the same thing they do. They want something new and original. This is where our culture plays a big part. It is full of many elements in poetry and visual arts. Anyone who has a background in our culture, and exposed to it, they will learn so much more about the art.”

“You can never do something that makes everyone happy. Criticism is part of the whole thing. But I don’t think because someone criticizes you, you should stop doing it. If you really believe in what you do, you should continue doing it. I once read about a teacher, who created a class to teach children about the map of India. She began by telling the students that there is a train, we all get into the train and travel across the country. This way everyone understood geography and culture in an unforgettable manner. But there was a flip side to it. After 3 days, some of the kids caught a train and wanted to have that experience. And that got the teacher into so much trouble. *laughs*.That’s also there. It is all about making it your personal thing, of how you make things interesting for people.”

The sensibilities of Being a Cinematographer: ‍

“If you are a cinematographer there are some sensibilities attached with it. It means that you are a person of nature, who loves nature. It also means that even when you are not working, you are always in observation mode. I wake up at 5.30 wherever I am and see the otherness of light. From going to monochrome in the morning to soft light and then harsh light. It is almost like a dance of light, if you look at it. Nature has put all this beauty in front of us and it is up to us to learn. Similarly, this dance of light is different in every place. When I was in Kerala, our old homes used to be very dark because it was hot outside. Light used to come in little streaks and cast a shaft of rays which was very interesting to see. On the other hand, when you go to London, there are glass windows everywhere but no sun. There you see the romance of how light even dictates architecture. Light dictates most of your life. A couple of years back, a photo would have a copy. The second picture might not be the same so you would have 100 originals. But today we are in a digital world which simply means that no photo is a copy. It only has the potential to multiply. I think we all should know that change is going to happen. Sensibilities might not change, but the equipment and the technology will. Like a baby growing up, we have to accept it.” 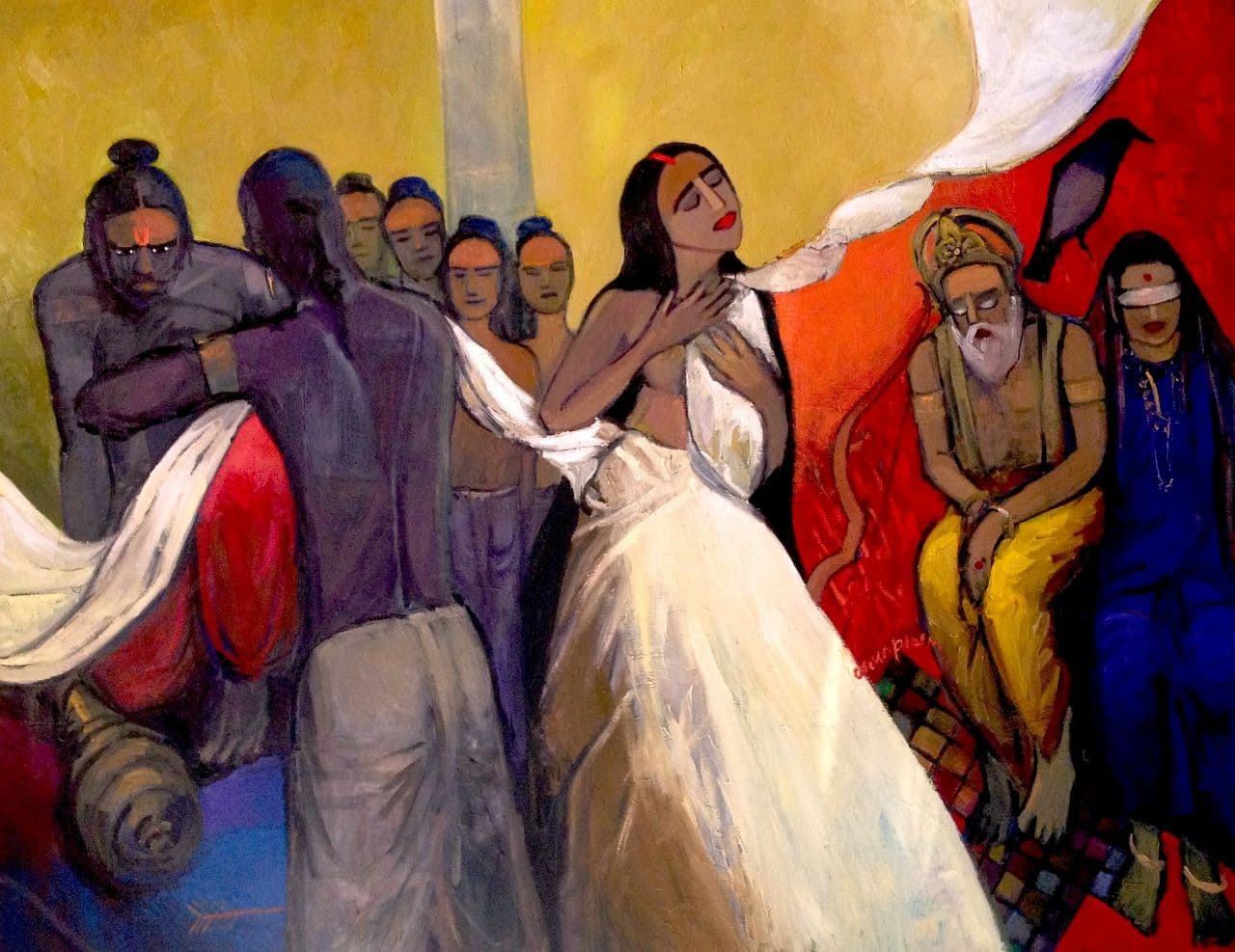