Sirens of The Heart 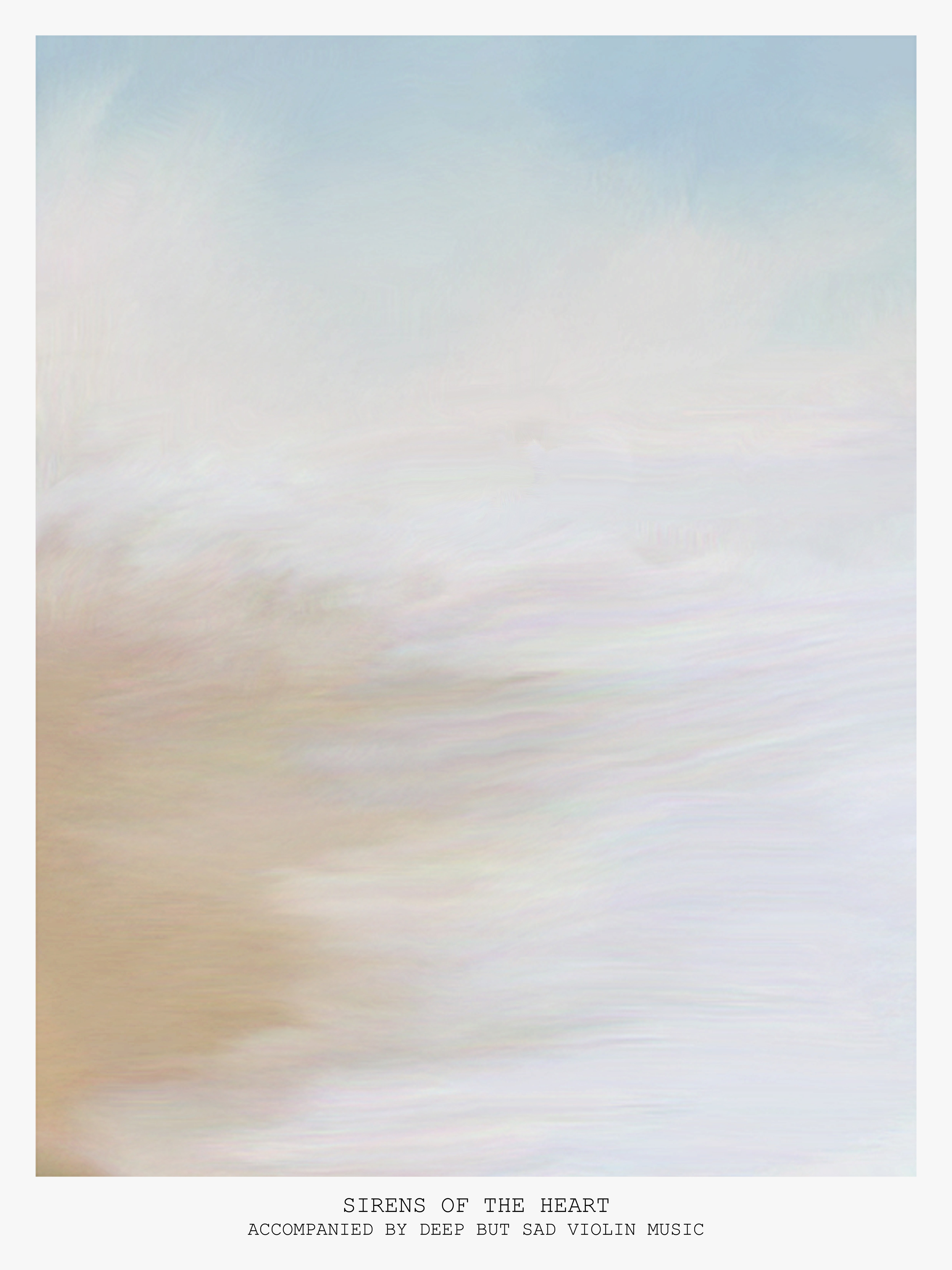 Accompanied by deep but sad violin music. In vintage and Victorian calligraphy, fills the screen --

“SIRENS OF THE HEART”

The waves break around the rocks in the shallows, their foam crests becoming chaotic lace over the blue. Adaline Hawthorne watches it swirl, mesmerized. Mr. Windsor makes his way beside her.

Adaline: Mr. Windsor, what do you think when you see the ocean? (She faces him, her face aglow with the last rays of light before stormy clouds begin to roll in.)

Mr. Windsor: There is nothing more beautiful than the way the ocean refuses to stop kissing the shoreline, no matter how many times it is sent away.

Adaline smiles. Closing her eyes, she breathes in the fresh briny aroma.

Mr. Windsor: And what do you think of when you see the ocean?

Adaline: Water. (She opens her eyes.) Well, and time.

Adaline does not answer. Wrapping her arms around herself, she walks over the cooling sand to the inky water. Mr. Windsor follows.

Adaline: There are days I crave the shore, wonder had I been born in the oceans with fins for limbs, it would have been my air and I would have dived within those salty formless arms and feel the freedom it gives, transparent and blue, soft and strong.

Adaline: You can’t force love, Mr. Windsor. It’s there or it isn’t.

Mr. Windsor: And what do you feel, Adaline? (His voice becomes husky.)

Adaline: It is difficult for a woman to express her feelings in a language which is chiefly made by men to express theirs.

Mr. Windsor: I do not understand. (He wears a dazed expression as he bestows his gaze to the far-off horizon.)

Adaline: Love. I dislike that word. It means too much for me, far more than you can understand.

Adaline casts her eyes to the darkened sky, her attention held by a flash of white. Mr. Windsor faces her as he reaches for her hands. She faces him too.

Mr. Windsor: You must know it was all for you.

Their eyes meet as the tide retreats.

Mr. Windsor: Have you not ever… (He fails to continue as he searches for the right words.)

Adaline: Rummaging in our souls, we often dig up feelings that ought to have lain untouched.

A smile lingers on Mr. Windsor’s lips but it does not quite reach his dark, melancholic eyes.

Adaline: I remember what Mrs. Windsor once told me. (She smiles, remembering the old times.)

Mr. Windsor: What did she tell you? (He smiles too.)

Adaline: To never narrow my soul to fit into someone else’s. A roaring ocean cannot be held in the hands of a pond.

Adaline looks at Mr. Windsor’s hands. He gives her a longing look.

Adaline: You are a good man, Mr. Windsor. You must forget me. (She pauses.) And forgive me.

Mr. Windsor: And you? Will you forget?

Adaline lets go and turns towards the ocean again. Mr. Windsor gazes at her, intently.

Adaline: To tell the truth is very difficult and I am scarcely capable of it.

Yet Mr. Windsor waits for an answer, the answer that he yearns for but will never get. Adaline turns around and lifting her bustle gown, she makes her way towards their ride.

Mr. Windsor: Adaline! (He runs towards her, stopping beside her.)

Mr. Windsor: Why do you address me as Mr. Windsor? Why not just William? (The ocean breeze tousles his dark hair as he pants.)

Adaline: There is something called respect to cover the empty place where love should be.

Adaline continues to walk as Mr. Windsor stares after her, knowing it just happened all over again.

MUSIC plays. Low violin music, with an undertone of hopelessness.