Step Back in Time 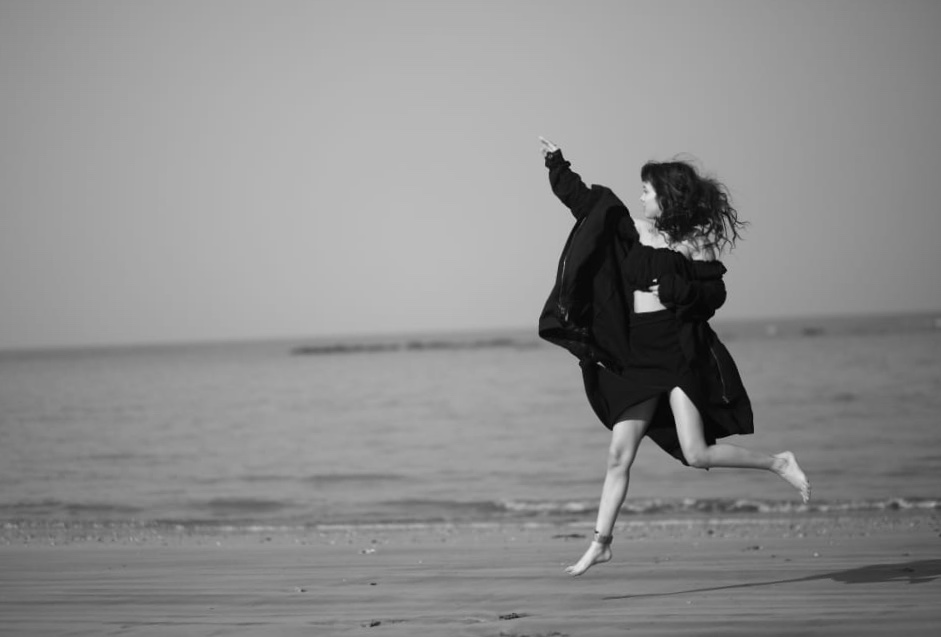 You are a land of experiences beyond perception,

You are a land of my carnalised forefathers and foremothers

You have helped me become the young woman that I am

who understands the Prakriti and Purusha.

As my father once said, Don't remonstrate me

I am as much an energy of the two, just as those

who have embraced you for eons.

You are a land of my first memory

Perhaps would do, even as the last

Only if some can empathize with what you really are

Would lead to a land, full of people

That my kin sought to create

When time had no time

and everything was awakened

When you seemed less complicated

and beautiful were your demons.

Bharata, a dream of many lifetimes, a place that is sacred and has bestowed benevolent ones the privilege to call home. Rooted on foundations consisting of bhava (emotions), rasa (sentiment), and tala (rhythm), it is a country with a history and lifestyle that is eclectic in all spheres of human existence.

From embodying a female goddess as the Jannani (mother) of knowledge, art, music, and learning to recognising Lata Mangeshkar as this divine mother's human incarnation;

From Kalidasa's seasoned eroticism to Gulzaar's innocent regal pleasantries; from Tansen's monumental dhrupad to the melodies of M.S Subbulakskmi's pious devotion – we have truly come a long way.

Art and literature are invariably an integral part of our Indian cultural history. We are one among the oldest surviving civilisations in all its cultural glory still physically existent. Our people have been conquered, enslaved,  but have always evolved while remaining true to our roots. Everything that we experience at this point in time has travelled many eras, surviving through adaptation, expansion, progression and transformation resulting in the beautiful synthesis that Indian culture is today. This is true especially with regard to our music.

I have been influenced by this aeons old culture of music. They have trained my ear to recognise not just the notes but the emotion behind it as well. Although my family is not musically cultured, my grandfather used to sing me to sleep. He had me listening to old Hindi film music from when I was quite young. This music speaks to my soul. I was three when I started singing.

Tracing the Roots of Indian Music

The glory of Indian musical history can be traced all the way back to the golden pre-Vedic period. Even then, Indian music was far ahead of its global contemporaries prevailing at that time. Vedas had a distinct musicality in their poetic rhythm and recitation. There was heightened awareness of classical as well as folk music among even the common people. Women played a significant role in that regard during the Vedic period, by offering worship to their gods through music. Indigenous string instruments, like the Veena, were a popular household article.

With the Puranas, the Ancient period began. Gandharvas, considered celestial musical beings who were thought to be a link between God and humans, began to dominate this era. These ethereal musical beings were revered for their mastery of classical Indian music.

Fast forward to development of kings, queens and kingdoms during the Ramayana and Mahabharata periods, societies developed and moved into more organized structures. This meant that art patronage also increased. Music became an important part of morning rituals, festivals, and weddings. Mridangam gained prominence in the tunes of this time.

As Jainism peaked in our country, access to music moved beyond the elite, to include people from all walks of life. New sounds were included and various vocal singing styles were modified. Interestingly, during the spread of the views of the Buddha, spirituality found a deeper rooting in music. Artists would travel from one place to another singing hymns, folklore, and sharing their culture.

A defining characteristic of music in these periods was the stress on musical education. Universities like Takshashila, Varanasi, and Udantpuri gained prominence for their quality education open to people to hone their musical abilities.

During the British Raj, Indian classical music’s charm was lost in the noise created against it. Its status started to dwindle in the society and thereby its resources, making it hard for the artists to survive. Many stayed away leading to the slow, but short lived loss of its innate spiritual essence. However, two legendary musicians gave Indian music direction and life during this trying period. With their undying efforts, Pandit Vishnu Digambar Paluskar and Pandit Vishnu Narayan Bhatkhande revived the respect for our classical and Hindustani art forms. Pandit Bhatkhande spent years researching traditional Indian music and is credited with writing the first modern treatise on Hindustani classical music. He instituted the All India Music Conferences that provided a platform for Hindustani and Carnatic classical musicians to discuss their art forms.

Pandit Paluskar is credited with breaking the Gharana system of music and taking it directly to the masses. He worked on a curriculum for music education and founded Gandharva Mahavidyalaya (1939) to impart formal music education. He also played a major role in the unification and logical rearrangement of various aspects and controversial issues related to Indian music. Thanks to them, modern India is still able to enjoy the musical arts in its purest form.

The Music of India Today

Post-independent India revived appreciation for traditional Indian musical forms. With the advent of mass communication like radio and cinema, the government of India placed an increased importance of promoting Indian music through cinema, radio shows and television.

Through the 1950s and 1960s, the most rich and glorious phase of Indian cinema and music, visionaries like SD Burman, Guru Dutt, Madan Mohan, Sahir Ludhianvi, and Naushad influenced the landscape positively. The music styles may have evolved and the approach changed from time to time, but because we come from a land of seekers, our music has still endured globalisation. While western music has begun to influence our preferences, traditional forms like Ghazals, Thumri and Qawwali are still popular.

I grew up in a household listening to a combination of these art forms and they have deeply influenced my love for music. Today when I try to analyse contemporary music, only a handful of names like Ilayaraja, AR Rahman, Shreya Ghoshal, and Shankar Mahadevan come to mind, who have crossed the global market in the commercial sense while trying to retain some of our roots. They have paved the way for the younger, newer blood.

As of 2020, the independent music market is growing rapidly in the country. Artists are breaking barriers and the audience is maturing to develop taste for blended musical forms. Indian music is no longer about a singular style, language or region. While specific genres exist, like Bhakti or devotional music is a space distinct from classical music, and pop is segmented from fusion, experimentation is at its peak. The categorisation of different forms is also continuously evolving.

When it comes to Indian music, we need to realise that we are an heir to a cultural history that spans eons. Many traditional influences still persist, with ancient instruments finding a footing in modern tunes and many styles seeing a revival. We need to recognise the potential for music to flow into its own, unfolding in refreshing ways and ripening into a brand new identity that embodies the current times. As a musician, this is the truth that guides my inner self and then comes out organically in my tunes. I hope to be a part of this musical evolution, constantly seeking and becoming.