The Magic of Bricks and Stones 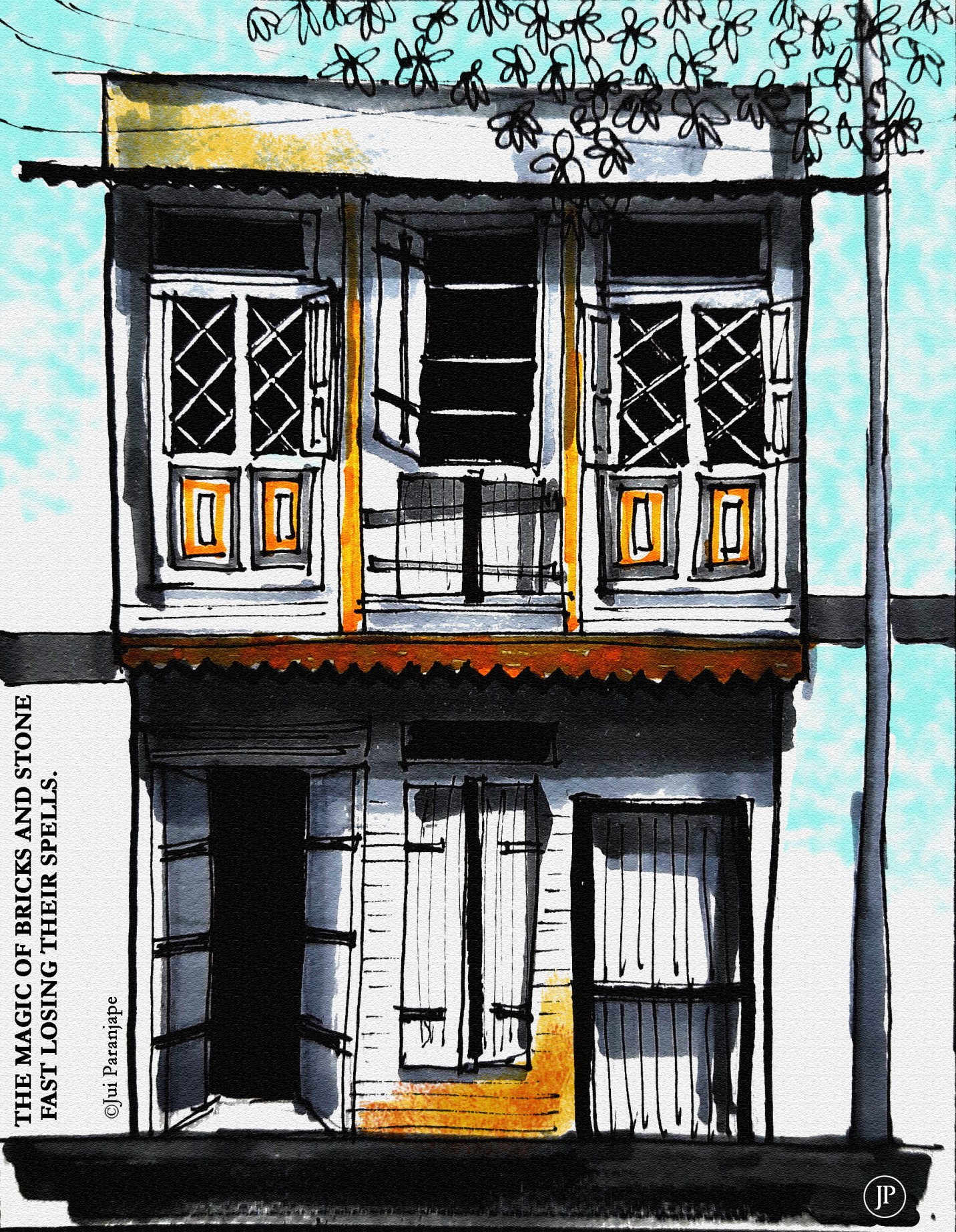 THE MAGIC OF BRICK AND STONES FAST LOSING THEIR SPELLS

Since urbanization and globalization swept sleepy Pune off of its feet to turn into a city that’s growing day by day, much has changed for this old town of Pensioners. While skyscrapers go up in the city, there is still a slice of the past that remains rooted in these by-lanes leaving little traces of the old times.

Today, with the spread of the suburbs, the inner city or the old city has been neglected in terms of retaining the architectural character. The old residential neighbourhood cores have a distinct look of typical urban blight.

The development of the ‘Wada’* as a house form reached its climax in the Peshwai Pune and was synonymous with the cityscape, and gave it a distinct architectural character. These Wadas located in the ‘Peth’** areas of old Pune, reflect the exquisite urban fabric and features some characteristic architectural elements. With all the right and bright colours, they radiate a unique texture of earthly tones, only patent of the old Pune city.

Walk down the lanes of the old city and you’ll find such structures and the people who have held them dear for years. These by-gone imprints are contained in a box of memories giving out spurs of nostalgia and help in collecting the old typologies which are sadly rapidly vanishing.